“This evening I received a report of a bird that was trapped inside a residence fireplace chimney. The RP stated that their cat alerted them to a loud fluttering noise inside their chimney but the homeowners were unable to determine the species. Michele Dodge and I responded and I was able to locate a Mockingbird with my remote inspection camera that was trapped deep inside the chimney. After a few creative attempts, we finally were able to rescue the Mockingbird by using an extension cord that was dropped through the top of the chimney from the roof. By the end of the rescue, I think I ingested more fireplace soot than the bird but was worth the effort to free the small bird. After a quick health evaluation, the bird had no obvious injuries so I released it unharmed to live another day. This rescue makes number 650 for the year so far which will surpass last years record breaking season.” 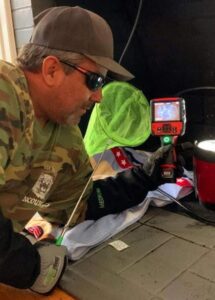 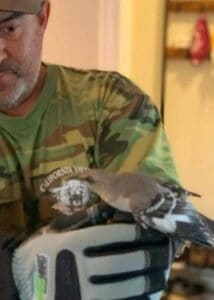 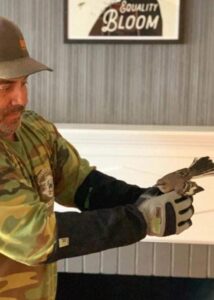