This evening, I received a report of a large bird stuck inside Home Depot. The RP suggested it was an eagle but I was certain it was most likely a Coopers Hawk which is very common in these type of scenarios. I often get several calls every year where Coopers Hawks become trapped in large warehouses because they will chase a bird inside the building during the hunt and become confused how to escape the warehouse. Michele Dodge and myself responded to the location so we could investigate how to rescue the panicked hawk. We noted there were several pigeons inside the store that probably caused the Coopers Hawk to be interested to pursue the pigeons. The hawk was perched high up in the ceiling and was surrounded by Home Depot inventory that made this rescue even more challenging. Michele Dodge and I created a game plan to use our nets  simultaneously to catch the Coopers Hawk. We had to carefully orchestrate our timing with our nets and we ended up catching the hawk. After a quick field exam, we released the hawk uninjured. Another successful and happy ending for today’s wildlife rescues.

“The hawk was perched high up in the ceiling and was surrounded by Home Depot  inventory that made this rescue even more challenging.” 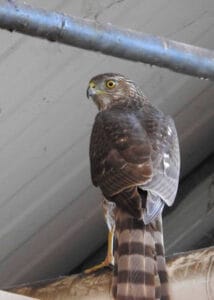 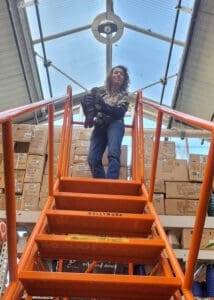 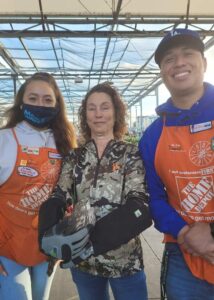 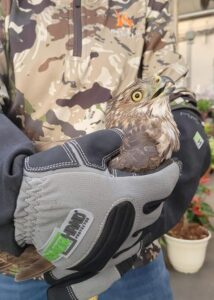 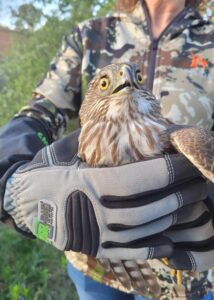